an award-winning novel by Judith Laura 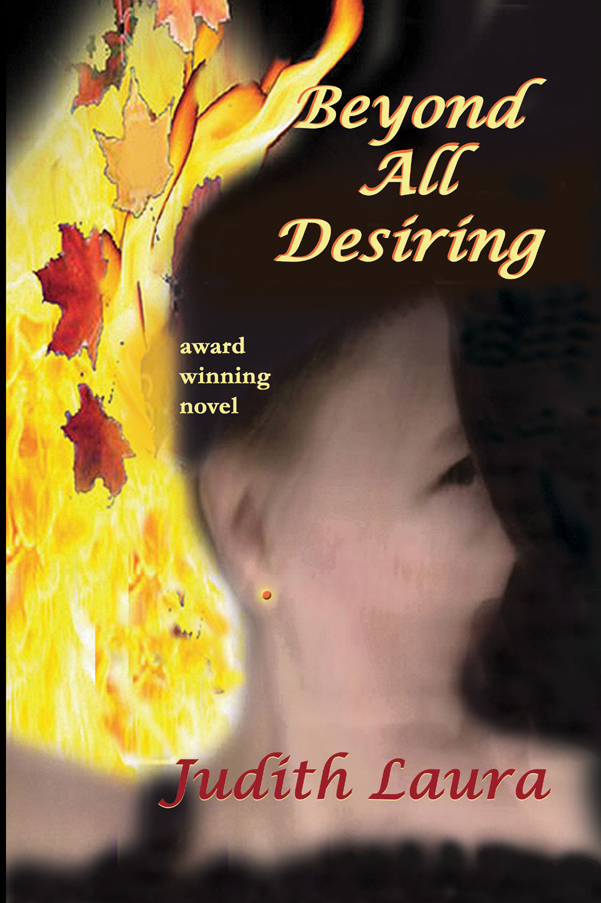 Trade Paperback List Price: $12.95 ▪ ISBN 9780982819746 ▪ Open Sea Press ▪ 6x9 ▪ 242 pages For links to paperback at booksellers, scroll down. Also available as a Kindle E-book, Nook Book, Sony Ebook, iTunes (iBook), and others, and from Smashwords in multiple formats; and an audiobook read by Christy Lynn from audible.com, amazon.com, itunes.com

When Sara’s niece, Janice, is notified that her sharp-witted aunt, now in her 80s, hasn’t been seen for several days, Janice’s panicky drive to find out what’s happened begins our journey of discovering that Sara has led a life very different from what her relatives and friends assume.

Historical events of the 20th century form a backdrop to Sara’s often tumultuous personal life, which we follow from Trenton, NJ, to Washington, DC, (with jaunts to Philadelphia, Baltimore, and West Virginia). As Sara visits an art museum exhibit about Buddhism, we learn of her two marriages, the first to an abusive man and the second to a kind man who was involved in top secret projects and who develops a bizarre illness. We discover her long but secret love relationship with a woman. And we learn of hidden booklets which hold the key to yet another secret.

Reviewers and Readers Comment: “...a fantastic book that looks into the life of a woman who didn't conform to the rules of society in her time....A wonderfully realistic story about a woman who's the odd one out in her family but in the end is the one who makes a major difference in their lives.”—Rosie Bindra, Fresh Fiction

Beyond All Desiring by Judith Laura is the tale of Sara Lyons, a unique individual. Events shaped Sara’s life: the depression, the McCarthy era ,and many private actions. . . .Sara Lyons was an exceptional person, but no one in her family ever knew it. Beyond All Desiring is a beautiful story written by a talented Judith Laura. The plot has several twists and turns that kept this reader involved. Ms. Laura has a flair for giving each character a distinct voice. Well done! I highly recommend Beyond All Desiring to fans of fiction. —Anne Boling, Readers' Favorite

“Though there are many twists and turns in this book's story-line, it's not just the plot that makes it stand out...but also the way the author tells the story and the wonderful depth of the characters. And the passages...where the line between what we think of as ‘reality’ is crossed briefly, and in a way that we feel is ‘normal’. Beyond All Desiring is a terrific read, an unusual book about an unusual woman.”— Internet Book List

“As one would surmise from the title, sexual desire does play a significant role in [Beyond All Desiring]... Ms. Laura writes: ‘And so they became lovers, though they at first couldn't put a word to what they were. Of course they told no one. They would have lost their jobs...’ Then later, in the same passage, ‘They would double date to the movies with the boys, let them stroke and pet them, and when they got home they would rush to one of their beds and complete what the boys had started.’ There was also the following about another relationship Sara had in the book: ‘...like Tantra, Kabbalah had a tradition of sacred sex. So, now, on the rare occasion they had sex, in addition to using the Tantric techniques, Harry would tell her that she was the Shekhinah, God's wife’, and ‘She could not see Tantra as Harry did, as a way to rise above sex by becoming so fully satiated that you no longer desired it.’. . . sex and relationships aren't the only elements prominent in the book. Also a common thread...was perception and the need to achieve fulfilment "beyond all desiring" for some of the characters in the book, including Sara. ”— Robin M. Buehler, The Compulsive Reader

“What do we really know about anyone's life? What are the secrets of ordinary lives? Beyond All Desiring gives us an ordinary life described with extraordinary vision and compassion. I enjoyed the book enormously.”—Barbara Ardinger, author of Quicksilver Moon

“I was wonderfully surprised to learn that this kind of strange, uppity, retired accountant turns out to have lived a life full of challenges, loves, and secrets. . . . Well written.”—Donald S. Ellis, Creative Arts

This is Judith Laura's second novel. Her first novel, Three Part Invention , now also available in a new edition and as an e-book, also drew wide praise from reviewers. She is also author of three other books . Her fiction, poetry, and articles have appeared in numerous journals and anthologies. She has worked as a reporter and magazine editor. She grew up in Ewing, NJ, graduated from Ohio University, and now lives near Washington, DC.

Judith Laura donates at least a third of her royalties

from Beyond All Desiring and all her books to charities benefiting women.

(Because authors don't get royalties from used book sales, this cannot include the sale of used books.)

Beyond All Desiring is available from in trade paperback from online booksellers such as bn.com, amazon.com, powells.com, politicsandprose.com (put isbn in "search"), Women and Children First, A Room of One's Own,  Blackwell's (uk), bookdepository.com (uk; ships free worldwide),  amazon.co.uk, and other amazons worldwide. If it's not on the shelf of your favorite brick-and-mortar bookstore, ask them to order it through the distributors Ingram or Baker & Taylor. It is also available in multiple ebook formats and as an audiobook (links at top of this page).